Ukrainian Man, Woman Tie Themselves Together to Get Closer

A Ukrainian couple who grew tired of arguing are trying to repair their relationship by tying their hands together for three months. The two plan to document their experiences on social media.

Thirty-three-year-old Alexandr Kudlay and 28-year-old Viktoria Pustovitova began what they call their "experiment" on Valentine's Day in February. Since that time they have gained thousands of followers on Instagram. They tied themselves together with handcuffs - a set of two metal rings that are joined together and locked around their wrists.

Kudlay recently told Reuters reporters, "In terms of physical comfort, with every day passing, we are getting used to it more and more. It gets easier." 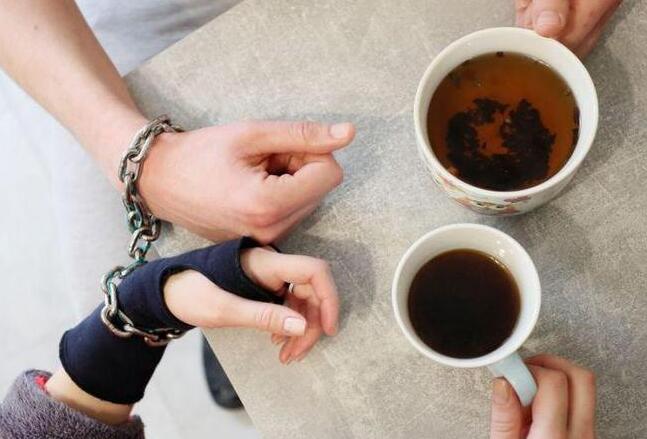 He came up with the idea after Pustovitova said she wanted to break up with him.

"We used to break up once or twice a week. When during another fight Vika once again said that we had to break up, I replied: ‘Then I will attach you to myself.'"

Pustovitova refused his idea at first. She hung up the telephone on him the first time he suggested it. But, after a while, she changed her mind. For nearly a month, neither of them has had any personal space. They do everything together, from food shopping to taking a break to smoke.

Pustovitova said, "I decided it will be an interesting experience for me, that it will bring into my life new bright emotions" which I had not experienced before.

Now they put pictures of themselves on Instagram showing a happy existence. They have also appeared on talk shows on Ukrainian television.

As for their relationship, "some tension has come up", but the couple say they have found new ways of dealing with disagreements.

"Fights between us did not disappear, we still fight," Kudlay said. "But when we approach a dead end and there is no understanding between us, we simply stop talking instead of packing up our things and walking away."

Pack up means to gather things together so that you can take them with you.

Public opinion about their decision has been a mix of praise, doubt, and curiosity.

Among the most important questions is how the couple goes to the toilet. The answer: The other has to wait outside with a hand remaining inside the bathroom. They take turns showering.